Review: I Have a Jewish Name 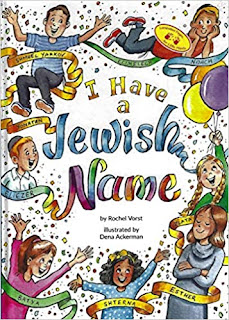 I Have a Jewish Name by Rochel Vorst, illustrated by Dena Ackerman

Shakespeare asks, “What’s in name?” in the most famous soliloquy of Romeo and Juliet. In the latest offering from Hachai Publishing, I Have a Jewish Name, Vorst answers the question from a Jewish perspective.

In simple, rhyming text that a young child will easily understand, the author explains when and how Jewish boys and girls receive their Jewish name. With questions directed to the reader, children will immediately be captivated with wonder about the story behind their own unique names. This uniqueness is underscored on the inside covers with personalized hand-written name tags, featuring names that are either Yiddish or Hebrew in origin, common or rare in usage. Some are written in Hebrew printed letters, some in Hebrew script; others are written in English, printed in capitals or with lower-case letters or in script. Children, and even adults, will delight in searching for their own names, as well as those of their family and friends, on these pages, in addition to the names that are peppered throughout the book.

Ackerman’s illustrations are natural and inviting, whether they are of contemporary children or biblical figures after whom children may be named. The pictures of the former are inclusive of all Jewish children, a most recent welcome trend in Jewish children’s books that is fast becoming standard practice; readers will see children with various skin tones, as well as an Asian girl and a boy in a wheelchair.

I Have a Jewish Name is a celebration of a child’s Jewish name, appropriately conveyed by the balloons, confetti and streamers on the cover. It is a book that could open up discussions between young children and their parents or educators. Whether read at home or in the classroom, it can serve as a springboard for learning about the child’s family history if the child was named after a beloved relative or friend, or about the biblical figures and their roles in the Jewish nation as a whole. All in all, this book will instill a deep sense of pride in children about having a Jewish name and it may even inspire them to use their Jewish name on a more regular basis if not already doing so.

In answer to the question posed at the beginning of this review, Shakespeare writes: “That which we call a rose, by any other name would smell as sweet.” This reviewer found it ironic, if not intentional, that the character on the first page of this book is a girl named Shoshana. The illustration includes a charity box with a picture of a rose on it, a well-placed clue as to the meaning of her name for the reader who may not be familiar with Hebrew, as the name Shoshana indeed means “rose.” Had Shakespeare read I Have a Jewish Name, no doubt he would have changed his mind about the importance of a name, or at least, that is, a Jewish one. 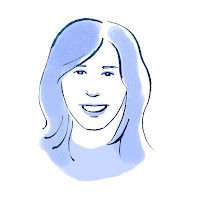