Showing posts from May, 2021
Show all

Review: Who Was Levi Strauss? 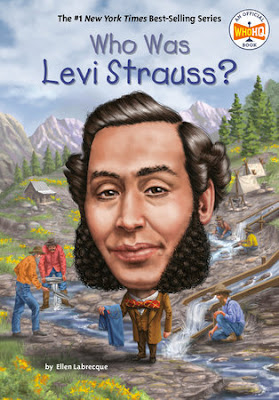 Who Was Levi Strauss? by Ellen Labrecque Penguin Workshop (imprint of Penguin Random House) Category: Middle Grade Reviewer: Stacy Nockowitz Buy at Bookshop.org Ellen Labrecque’s Who Was Levi Strauss? is a new title in the extensive WHO HQ series. The book is a cradle-to-grave biography of 19th century immigrant entrepreneur Loeb Strauss, who would later change his name to Levi Strauss and build the blue jeans empire that still dominates the fashion industry today. Labrecque’s book follows the formula of the series, laying out Strauss’s humble beginnings in Bavaria as the youngest child of door-to-door sewing supply salesman Hirsch Strauss and his second wife, Rebecca. A few years after two of the Strauss brothers immigrate to America and open a successful sewing supply store in New York City, Loeb, along with his mother and other siblings, follows. Labrecque does not shy away from explaining the Strauss family’s reason for wanting to leave Bavaria. Life for Jews in the German state a
Post a Comment
Read more

Review: Some Other Now 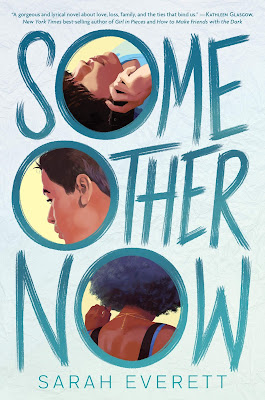 Some Other Now by Sarah Everett Houghton Mifflin Harcourt Books for Young Readers Category: Young Adult Reviewer: Cheryl Fox Strausberg Buy at Bookshop.org Jessi Rumfield has never felt at home in her own family. Her mother has debilitating depression and her father spends most of his time tending to her and largely ignoring Jessi. It’s no wonder that when Rowan Cohen - Jessi’s best friend - pseudo-adopts her into his family, she feels closer to Rowan’s mother Mel and her two boys, instead of her own parents. After admitting her long-standing crush on Rowan’s older brother Luke, and having that crush reciprocated, Luke and Jessi start a whirlwind romance, no easy feat for a high school senior and a college freshman. However, her happiness is short-lived; On one fateful night, everything goes spectacularly wrong and results in fatal consequences. A year later, Jessi is trying to fill her time to avoid dealing with her problems but it only gets worse when Luke returns home from college a
Post a Comment
Read more
More posts