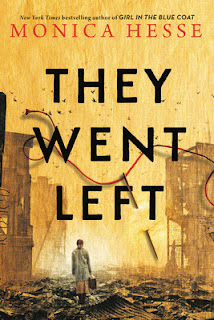 They Went Left by Monica Hesse

Eighteen years old in 1945 when the Gross-Rosen concentration camp is liberated, Zofia Lederman’s body and mind are left shattered. But she cannot forget or give up on her promise to find her little brother Abek—the only one from her family beside her not to be sent to the left when they arrived at Auschwitz-Birkenau three years before—no matter what. So begins Monica Hesse’s THEY WENT LEFT, with Zofia first setting off for her former home in Sosnowiec, Poland and then across Poland and Germany to a displaced persons camp, where everyone is trying to piece together a future from a broken past.

Although I personally write contemporary Jewish literature for children, I am very thankful that Holocaust literature is still being written by authors, bought by publishers, and read by new generations of young people. And I welcome in particular books such as THEY WENT LEFT that seek to shine a light on aspects of which there is still darkness. With so much focus on Holocaust testimonials and never forgetting the horrors of what happened, the interstitial time between the War’s end and landing at the place from which to move forward has mostly been an ellipsis. In fact, although I spent much of my own childhood reading Holocaust literature, I had no idea until I read WHAT THE NIGHT SINGS by Vesper Stamper (Winner of the 2019 Sydney Taylor Book Award), that Bergen-Belsen—of which my own grandmother was a survivor—became a DP camp after liberation. And I read THEY WENT LEFT with special interest as although I was assigned it randomly to review, the DP camp Foehrenwald, where the bulk of the story takes place, in fact is where my husband’s grandparents—like Breine and Chaim in the novel—met and got married; my mother-in-law was born there.

Meticulously researched, the novel manages to wear its research lightly, including important and accurate details that serve to give it shape and atmosphere, flavors and smells. Incidents and characters were inspired by survivor accounts. With hints from the beginning of an unreliable narrator and several plot twists—including one I saw coming with dread in my stomach, and one that totally took me by surprise—this novel is a real page-turner and although the ending ultimately left me uneasy, I spent the last 30 pages reading furiously into the night to find out what happens.

THEY WENT LEFT has strong literary merit, positive and authentic Jewish cultural content, is appropriate for teenage readers and solidly rooted in authentic and accurate detail through scholarship and research by the author. Its focus on a time period that has hardly been written about before makes it especially noteworthy.

Some readers, particularly adult ones, might be uncomfortable that Hesse uses concentration camp survivors in the setting of a DP camp as the characters and plot devices for a story whose ending makes it essentially amount to a high-concept psychological thriller. This tension feels at odds with the historical reality and significance of the time period, and I think it detracts from the worthiness and import of the book. Nevertheless, teenage readers (and adults) might use this meticulously-researched and gripping novel to learn about the Holocaust and the period of time after liberation, as well as a gateway to find out more. And as Hesse says in the historical notes, one of the reasons writing fiction about the Holocaust is so complicated is because the atrocities were so vast and horrific—and I might add, picking up the pieces so traumatized and complex—that even true things that happened can sound like fiction exaggerated for affect. 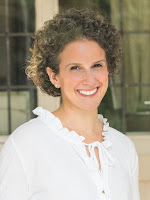 Reviewer Meira Drazin’s debut middle grade novel HONEY AND ME was the recipient of the 2016 Sydney Taylor Manuscript Award and is forthcoming from Scholastic Press. She reads widely in many genres, but in particular middle grade and YA, and she is a strong advocate for Jewish education, both formal and informal. She has been a freelance writer for Jewish media and parenting magazines and has an MA in English and Comparative Literature. Originally from Toronto, Meira lived in New York for many years and now lives in London with her husband and four children. She blogs about middle grade books and publishing at https://fromthemixedupfiles.com.