Review: Not Your All-American Girl 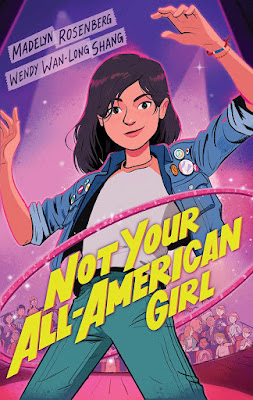 Category: Middle Grade
Reviewer: Stacy Nockowitz
In 2017, Madelyn Rosenberg and Wendy Wan-Long Shang came out with This is Just a Test, the story of David Da Wei Horowitz, a 12-year-old, half-Jewish, half-Chinese boy, set in the 1980s. Now, in 2020, the authors have written Not Your All-American Girl, the story of David’s younger sister, Lauren. In Not Your All-American Girl, Lauren faces friendship hiccups and the thinly veiled prejudice of her school drama teacher. Lauren sings beautifully and kills her audition for the school musical, but her best friend Tara is cast as the lead. The drama teacher tells Lauren that she just doesn’t look like the all-American girl that Tara embodies. Lauren’s musical talent, along with her dark hair and culturally mixed features, land her in the ensemble. Lauren is disappointed and confused, but she ends up making friends with other ensemble members, even as her friendship with Tara deteriorates. Meanwhile, at home, Lauren deals with her bickering grandmothers and learns to love the music of Patsy Cline. The book will appeal to tween girls, particularly those in the theater crowd. The story is engaging if somewhat predictable, and the character of Lauren is endearing. Lauren discovers that “True-Blue” friends have each other’s backs and that her family supports her no matter what part she has in the show. The authors touch briefly upon some deeper issues here, but they keep the tone light throughout the book.
Not Your All-American Girl contains a minimal amount of Jewish content. Lauren Le Yuan Horowitz is Jewish, and her Jewish grandmother is her Safta. The family does have a Passover seder, and Lauren is thrilled when she thinks that Patsy Cline is Jewish- Lauren thinks the singer’s last name is Klein, like Calvin Klein, who she knows is Jewish. Still, religion plays almost no part in the story. It is Lauren’s mostly Asian features that set her apart from Tara and the other white students at school. The drama teacher wanders into anti-Semitic territory at one point, but little is made of her hurtful remarks. The book is well-suited to its intended tween audience, and girls will be especially engaged by the push and pull of Lauren’s relationship with Tara. 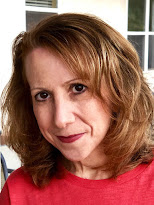 Stacy Nockowitz is a middle school librarian and former language arts teacher with 25+ years of experience in middle school education. Stacy earned her Bachelor’s Degree from Brandeis University and holds Master's Degrees from Columbia University Teachers College and Kent State University. Stacy also writes Middle Grade historical fiction. Her novel THE PRINCE OF STEEL PIER was a 2018 Pitch Wars selection, and she received the Author Incentive Award from PJ Our Way, a division of PJ Library.