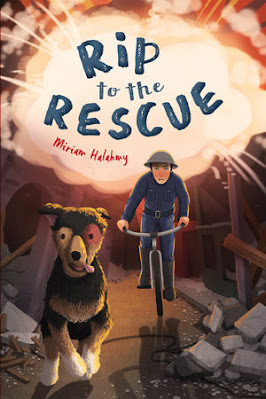 Rip to the Rescue by Miriam Halahmy

Thirteen year-old Jack Castle has been bullied for years because he us deaf in his left ear. It is 1940 and London is reeling from the Blitz. Jack’s father, a disabled veteran of World War I has been moody and angry since the war began, often reprimanding Jack and telling him how useless he is. In order to prove his worth, Jack, who is tall, has lied about his age in order to join the Messengers, teenage boys who ride their bikes through air raids to deliver critical messages. He keeps this job from his parents, who believe Jack is guiding his grandfather to a shelter and staying with him during raids.

During one air raid, Jack is injured, and help comes in the form of twelve-year-old Paula, who takes him home to her father, who is a doctor. Soon Jack also finds a stray dog with a ripped ear, whom he names “Rip.” Jack’s father, like many people at the time, had Jack’s pet cats euthanized at the start of the war, and Jack misses them deeply. He decides to keep Rip, who stays with Paula and her sister Becky or his Granddad when he is not out with Jack. After an air raid that takes place while he is at Paula’s house, Jack helps in a rescue effort and discovers that Rip can sniff out people alive beneath the rubble. In this way Rip becomes not only a friend for Jack, but a partner. According to the Author’s Note, Rip is based on a real dog.

Jack’s bravery is also steadily earns the respect of the boys who used to bully him, except, at first, for a ragged boy named Ned, who has a history of stealing from Jack. Jack’s emotional arc is a satisfying one. He comes to admire Ned’s bravery and understand that Ned is not all bad, but rather that his family’s poverty has led him to steal in order to feed his siblings. Ned’s relationship with is father deteriorates, and he leaves home to live with his grandfather. After a conversation with his mother and a breathtaking rescue of both of his parents from their bombed out home, however, Jack is able to understand that his father’s behavior stems from his war experiences and his fears for Jack’s safety. Jack’s father is at last able to open up to Jack and praise him.

This story is a quick read — fast-paced, action-packed, and exciting, and is appropriate for its intended audience. Jack’s personal growth and developing confidence is moving. The historical detail is interesting and informative. At times, though, the lack of parental supervision and level of danger the children in the book are allowed to place themselves in does strains belief. I also at times wished for more vivid sensory descriptions of the wartime environment.

I appreciated that the author chose to include British Jews in her story of the Blitz — a perspective I have not encountered before. However, the Jewish content in Rip to the Rescue is a fairly minor aspect of the book. Over the course of the story, Jack’s friendship with Paula grows. He discovers that Paula has been trying to hide that her family is Jewish, because she is certain that the Nazis will soon invade and arrest Jews, as they have done to her family in Germany. (Paula’s cousin Gerda, a refugee, lives with them.) As Paula grows to trust Jack, she shows him the hiding place she has been stocking in the cellar of a bombed out house. She asks Jack to help her family if they must go into hiding, and Jack agrees, though he does not really believe it will be necessary. Paula and her sister Becky are interesting characters, but we do not learn very much about them and learn almost nothing about the rest of their family. Though Jack comes to sympathize with Paula’s fears, they are never the focus of the story. For this reason, I do not see this book as a contender for a Sydney Taylor Award, though the quality of the writing might make it eligible for a Notable citation. 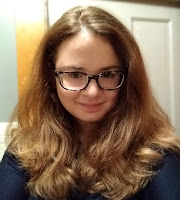 Reviewer Jane Kohuth graduated from Brandeis University with a degree in English and Creative Writing and from Harvard Divinity School with a Master's Degree in Theological Studies. She has worked as a Jewish educator, a children's room library assistant, a writing teacher, and a children's bookseller and organizer of author events. She lives in Holliston, MA and is represented by Bookmark Literary Agency.

Jane's books include DUCKS GO VROOM, ESTIE THE MENSCH, and ANNE FRANK'S CHESTNUT TREE, all published by Random House, DUCK SOCK HOP, published by Dial, and WHO'S GOT THE ETROG?, published by Kar-Ben. Her books have appeared on several best of the year lists, including Bank Street's Best Children's Books of the Year, The Chicago Public Library's Best of the Best Children's Books of the Year, The New York Public Library's Top Ten Picture Book Read-Alouds of the Year, The American Library Association's Great Early Elementary Reads, and Parent's Magazine's Twenty Best Books of the Year. ANNE FRANK'S CHESTNUT TREE was named a NCSS Notable Social Studies Trade Book for Young People. Both ESTIE THE MENSCH and WHO'S GOT THE ETROG are PJ Library Books.