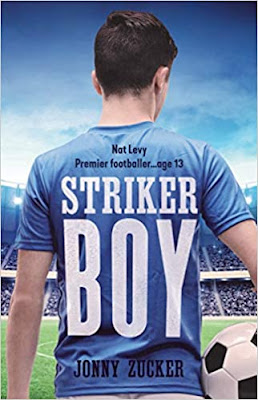 Category: Middle Grade
Reviewer: Laurie Adler
Buy at Bookshop.org
After touring the world for seven years, thirteen-year-old Nat Levy and his father finally return to England to settle down. It is rough going at first; they live in a dump, and have no money, family, or friends. The one constant in Nat's life is soccer, or rather, football, as it's referred to in this British novel. Nat's amazing soccer skills are scouted at a community event for his favorite team, and, incredibly, the team's management illegally arranges for young Nat to get a place on the first team squad. But will Nat be able to save the struggling Hatten Rovers from bankruptcy? There are suspicious, even illegal, undercurrents behind the team's poor performance, and Nat must face danger both on and off the field in order to save his beloved team.
Striker Boy's strength is as a sports novel, with lots of play-by-play commentary. There is suspense and some espionage as Nate unravels how to get his team and himself out of jeopardy. Nate and his father are Jewish, and Nate is a strong character who is unapologetic about his Jewish identity in the world of professional sports. Nate briefly describes his bar mitzvah at the start of the book, and Jewish phrases are used in conversation, but Jewish content plays only a supporting role in the characterization in Striker Boy and no role at all in the plot. Striker Boy was originally published ten years ago in Britain, but as it was not submitted to the Sydney Taylor Book Award at that time, and was released this year in the U.S., it is eligible for the 2021 award. This sports novel/thriller crossover is a great choice for middle-grade readers who love soccer or a good spy story. 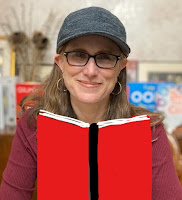