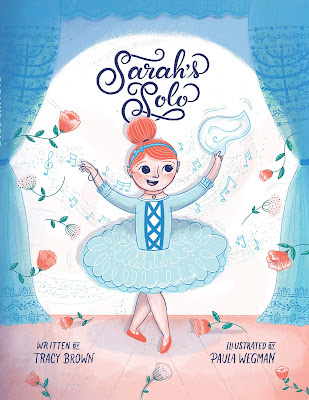 Sarah’s Solo by Tracy Brown definitely fills a niche in children’s publishing. It portrays the Jewish wedding ceremony and after-party through a child’s eyes. Sarah is upset that she cannot attend her ballet recital, which is scheduled for the exact same day as her cousin Lizzy’s wedding. In spite of her reluctance to attend, Sarah learns that Jewish wedding music can move her in much the same way that ballet music does. It has its own dance moves, which she learns quickly. Sarah begins to enjoy herself and even performs a “solo” on the dance floor.

I think that Tracy Brown could have incorporated more of the Jewish wedding ceremony (she only mentions the circling of the groom and the breaking of the glass), although she does include a glossary of wedding terms at the end. Wegman’s illustrations are whimsical, full of movement and highly appealing. Younger children will enjoy spotting the expressive animals which appear on most pages. While the ceremony is traditional, the pictures of mixed dancing at the after-party indicate that this is not an Orthodox crowd. Wegman does make the effort to include people of diverse racial, ethnic, and physical ability backgrounds.

Sarah’s Solo is appropriate for children ages 5 to 8 and will probably appeal more to girls than to boys, but there are always exceptions.

This book is written well enough for the intended audience and does portray the Jewish wedding ceremony and music in a positive light. I think, however, that it is lacking in educational Jewish content. If Brown had expanded a little upon the wedding ceremony, and had the plot's arc been more dramatic, I think this would have been a contender. 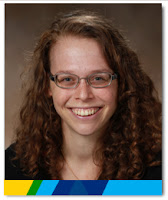 Mirele Kessous is the Assistant Library Media Specialist at the Charles E. Smith Jewish Day School in Rockville, Maryland. She is a certified librarian with a specialty in children's/young adult library services and moonlights as an illustrator. She married an Israeli and has 3 small children.