Review: The Shelter and the Fence 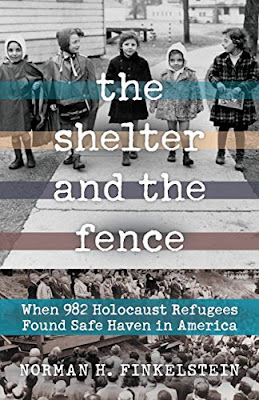 The Shelter and the Fence: When 982 Holocaust Refugees Found Safe Haven in America

Category: Middle Grade
Reviewer: Dena Bach
Buy at Bookshop.org
The Shelter and the Fence, a non-fiction narrative by Norman H. Finkelstein, a retired librarian, history teacher and winner of two National Jewish Book awards, richly recounts the true story of the Fort Ontario Emergency Refugee Shelter in Oswego, NY. During World War II, the fear and distrust of refugees by most Americans almost entirely eliminated immigration. In stark contrast was Fort Ontario, the sole site in the United States that welcomed Jews escaping war-ravaged Europe.
Finkelstein begins his well-researched, readable account by describing the journeys taken by many of these 982 refugees to get to Oswego. He continues with an account of the working community they built behind the barbed wire fence of the fort. Included are names, detailed stories, and archival photos of specific refugees that create a connection for the reader to the events. Though many of the Fort Ontario refugees were Catholic, Greek Orthodox, and Protestant, the majority — 874 of them — were Jews. They ranged in age from three to eighty, were of eighteen different nationalities, speaking many different languages. The back matter of the book includes this breakdown of the countries of origin, as well as a brief history of the timeline of the war, an extensive bibliography and notes, and an epilogue from the point of view of the residents of Oswego.
The Shelter and the Fence is a reminder that many of the Jews that survived the Holocaust began their lives in America as unwanted refugees, much like other would-be immigrants today. As a narrative of an authentic Jewish experience, this is a natural candidate for a Sydney Taylor Book Award. What makes this a unique Holocaust narrative is the additional focus on the people of Oswego and their welcome, inclusion, and support for the legal immigration of the residents of the fort. In his portrayal of this sole safe haven in America for Jewish refugees, Finkelstein shows a model for “tikkun olam,” for repairing the world. The value of The Shelter and the Fence is in its example for the Jewish community to welcome today’s refugees, regardless of their religion or national origin. The compelling story of this group of survivors is appropriate for the target age of 9-12, and of interest to older readers as well.
Are you interested in reviewing books for The Sydney Taylor Shmooze? Click here! 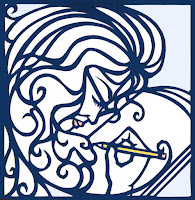 Reviewer Dena Bach has a BA in Fine Arts from Brandeis University, a BA in Illustration from the Massachusetts College of Art and Design, and an MA/MFA in Children’s Literature and Writing for Children from Simmons University. She has worked as an artist, an illustrator, a bookstore clerk, an art teacher, and a teacher of 2-5-year-olds. She is comfortable only when there is a large mountain of children’s books on her bedside table.
Chicago Review Press Dena Bach Holocaust Middle Grade Norman Finkelstein Review