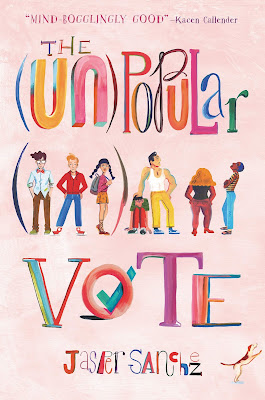 Category: Young Adult
Reviewer: Valerie Estelle Frankel
Buy at Bookshop.org
Mark Adams is a born politician. The son of a California congressman near San Francisco, he runs for student body president when a gay kid is bullied, and he wants to change the system. That’s the big story arc—his campaign, supported by his friends. The complication is that Mark is in hiding. His father’s constituents think he’s still Madison, and his father has threatened to disown him if he tells his story to anyone. Thus the tension with his father, his religion, and his self-doubt are personal, adding to the struggle of keeping this secret from all his friends and his new Jewish love interest.
It’s a charming book—Mark is endearing and very honest. He’s committed to his politics—even over-committed as he refuses to compromise on perfection. This of course can become a fatal flaw as he pushes himself to inhuman excellence to earn others’ respect. His struggle generates a lot of empathy as he’s so desperate to be just like his father, and has been rejected for taking that path.
The characters are believable (though their queer breakfast club with many demographics risks stereotyping, even as the teens give quick speeches on what it means to be ace, Muslim, femme, etc). A school having a lot of characters is to be expected, but it shorthands many of them. At the same time, a few of the characters Mark had dismissed surprise him, which is fun and surprising for the reader too. The characters sound like real teens with texting, social media, and the struggle to balance school, the college future, and social responsibilities.
As the author explains in the Afterward, this is the sort of book they wished they’d had in adolescence; it's a book that will help many questioning teens. As such, it’s culturally valuable. Further, it’s instructive. Several excellent teen books today give trans kids a voice, sharing what their lives and struggles feel like for allies as well as LGBTQ youth. This book does more—it teaches real allyship and challenges the feel-good liberal narrative. Political opponents are not only a scary right-wing bully but a girl who participates in a Gay-Straight Alliance that offers pretty slogans but no change (and also contains no gay people). Mark sees his father, who fights for gay rights but rejects his son, as similar. Allyship, he finally learns, means supporting others’ protests and acts, not making empty promises.
At the same time, it’s not significantly Jewish. The first half of the book has only a pair of Jewish twins, Ralph and Rachel, who might rate in the top ten characters (maybe not) but certainly not top three. As one of them becomes more important to the Catholic protagonist, there’s a brief discussion of kashrut vs In-n-Out and a few paragraphs about Shabbat dinner. A speech about committing to tikkun olam is sweet and one about antisemitism emphasizes the bullying each character is undergoing. Judaism is modeled accurately and respectfully. It’s a significant part of the twins’ lives. But even the love interest is not highly central to the protagonist’s struggle, which is mostly with his parents. With teachers, bullies, opponents, and a best friend sharing the spotlight, romance doesn’t take up a lot of the book. While the twins are positive characters, the boy’s panicked neuroticism, while justified in the text and used to model allyship, is a stereotype a sensitivity reader might advise against. Did I see myself in the twins? Not much.
While the Jewish representation may not be strong enough to qualify the book for a Sydney Taylor Book Award, the theme of allyship is relevant to the Jewish community, and the representation of other marginalized communities will be of interest to all readers.
Are you interested in reviewing books for The Sydney Taylor Shmooze? Click here! 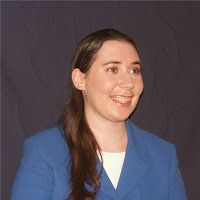 Reviewer Valerie Estelle Frankel has won a Dream Realm Award, an Indie Excellence Award, and a USA Book News National Best Book Award for her Henry Potty parodies. She's the author of over 80 books on pop culture, including Hunting for Meaning in The Mandalorian; Inside the Captain Marvel Film; and Star Wars Meets the Eras of Feminism. Her Chelm for the Holidays (2019) was a PJ Library book, and now she's the editor of Jewish Science Fiction and Fantasy, publishing an academic series for Lexington Press. Once a lecturer at San Jose State University, she now teaches at Mission College and San Jose City College and speaks often at conferences. Come explore her research at www.vefrankel.com.
HarperCollins Katherine Tegan Books Review Valerie Estelle Frankel Young Adult