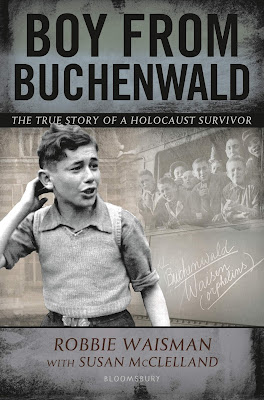 Boy from Buchenwald: The True Story of a Holocaust Survivor
by Robbie Waisman with Susan McClelland
Bloomsbury

I never cease to be amazed at the sheer quality of details some Holocaust survivors share in their testimonies, as if they were able, using today’s slang, to create screenshots to then use at a later date. Robbie Waisman is a master at this. This book is part memoir, part ‘how to’ on the power of resilience.
In 1945, Robbie’s life was turned upside down. The baby in his happy family, at age 14 his life goes from bad to worse as Hitler invades Poland. The reader is carried away with Robbie on his journey, through his fears and panic. The reader doesn’t witness physical horrors, but emotional ones, as Robbie tells his story. But always, his resilience is strengthened, buoyed up, by small family memories and by remembered words and phrases his mother often told him about how to navigate life. This is the story of boys, the Buchenwald Boys, those 1,000 or so teens I had never heard of before. Their anger was known; they fought with each other constantly and were thought to be recalcitrant. But there were people who reached out to them, and very special people reached out to Robbie. The boys were brought to a commune-type villa in Italy, after only knowing the Buchenwald barracks with filth and despair, with death and starvation. It’s there in France that the boys were rehabilitated.
Writers want to "show, not tell" and have the protagonist find the solutions to their own problems, and so it was that those who helped Robbie. They helped by leading him along until he himself saw and felt that he was worthy, that he could navigate life, that he could move forward, although he no longer could hold onto the sustaining dream of reuniting with his family after Buchenwald. And that’s how Robbie writes it; he shows rather than tells. I cried with the book, I lived with Robbie in this book, I trembled with him; I loved and hated this book at the same time. It’s one of the best Holocaust books I’ve ever read. Though it’s categorized by the publisher as a middle grade book, in my opinion it's for young adults, and must be for just the right set of readers.

This is a YA+ Holocaust book and more than meets the Sydney Taylor criteria. It’s also very unusual because it touches so much on emotions and relationships as well as historical details of dates and cities.
Are you interested in reviewing books for The Sydney Taylor Shmooze? Click here! 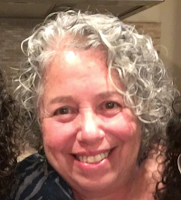 Reviewer Sandy Wasserman is a retired teacher of Gifted and Talented students, and taught for 35 years in both public schools and at a Solomon Schechter Day School. She's a wife, mother of two adult daughters, and grandmother to two fantastic 'first readers' of her manuscripts. Her published book, The Sun's Special Blessing [2009], was her first serendipitous and fun experience in the publishing world. She loves to read and swim, though not at the same time.
Bloomsbury Holocaust Middle Grade Review Robbie Waisman Sandy Wasserman Susan McClelland