Review: Lucy Clark Will Not Apologize 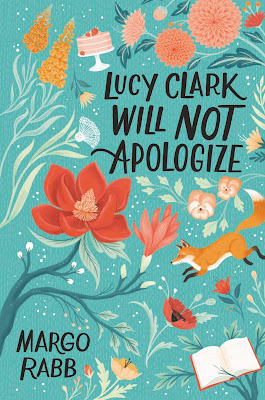 Lucy Clark Will Not Apologize

Category: Young Adult
Reviewer: Stacie Ramey
Buy at Bookshop.org
Lucy Clark Will Not Apologize begins as a story about girls living at a boarding school in Texas, but quickly morphs into a New York City adventure with themes of grief, friendship, and finding your place in the world.
When high school junior Lucy Clark is suspended for an unmentionable incident, she is sent to New York City to stay with a distant older cousin in order to care for an older woman, who needs supervision due to her declining mental health. Lucy meets her charge, one Edith Fox, who is the heir to the Fox Fruit Syrup fortune. Edith is a wealthy, colorful, witty, and warm horticulturist with whom Lucy is immediately enthralled. Only there’s one problem--Edith believes that someone is trying to kill her and the police don’t believe her. She needs Lucy’s help to discover the truth.
Despite the cozy mystery set up, this book also expertly delves into weighty issues such as connection, self-love, deep friendships, absent parents, grief, and religion. Lucy’s only connection to her Judaism was through her beloved grandmother who passed away before the story begins. Her desire to connect to her heritage is palpable, as is her need to create a family unit to replace her mostly absent parents, who travel extensively and with whom she has never lived, and to reunite with her best friend Dyna, who manages to escape her exile-by-cruise-ship in order to join Lucy in the city. This book is a fun and satisfying read that paints city life as beautiful, opulent, and full of quirky characters. Highly recommend for fans of slice-of-life mysteries.
Are you interested in reviewing books for The Sydney Taylor Shmooze? Click here!

Reviewer Stacie Ramey is an award winning author of The Sister Pact, which was named a YALSA 2016 Popular Paperback and a 2015 PSLA Top 40. Her sophomore novel, The Homecoming was awarded a Florida Book Award. Kirkus called her third book, The Secrets We Bury “A sensitive, funny, and sometimes awkwardly romantic story of survival and self-awareness” and also named it to its list of 13 YA Books Both You and Your Teen Will Enjoy. It’s My Life, about a Jewish high school junior with cerebral palsy, who is on the verge of giving up on herself until she learns that her childhood crush has moved back to town, has won the gold medal in the Florida Book Award.
Margo Rabb Quill Tree Books Review Stacie Ramey Young Adult