Category: Middle Grade
Reviewer: Stacy Nockowitz
Buy at Bookshop.org
One of the last pages in Julie Merberg’s wonderful new book Nice Jewish Girls is titled Jewish Geography. Though I found each one of the book’s thirty-six biographical sketches fascinating, the Jewish Geography page is the one to pore over. “It’s a small Jewish world” Merberg writes, and through thumbnail drawings and dotted lines, she shows the reader how many of the women featured in the book are linked to one another. Barbra Streisand held a fundraiser for Bella Abzug when she first ran for office. Ruth Westheimer and Gloria Steinem appeared on The Joan Rivers Show. Are these critically important facts and events? Do we need to know that Diane Von Furstenberg mentored Anne Wojcicki? No. But it sure is fun to play Jewish Geography with all of these inspirational Jewish women and admire how so many of them connect. The bulk of Nice Jewish Girls is devoted to educating readers about thirty-six Jewish women in a variety of fields, from entertainment to activism to science. Merberg writes about women who are familiar to most– Ruth Ginsburg, Anne Frank, Sarah Silverman– but she also introduces readers to women whose names they may have heard but whose life stories aren’t often told– Golda Meir, Judith Resnik, Henrietta Szold, and more. All of these women overcame substantial obstacles because of their gender and religion and made on impact on the world. They are also unapologetically Jewish. Nice Jewish Girls is vividly illustrated by Georgia Rucker with bold color and lots of personality.
This book has the misfortune of being released around the same time as RBG’s Brave and Brilliant Women, another collection of biographies of Jewish woman that includes an introduction written by the late, great Supreme Court justice. Ginsburg’s iconic status may help that book to overshadow Nice Jewish Girls, but Merberg’s book should hold its own. The well-researched and tidily written biographies are sure to keep readers turning pages, and then, everyone can play Jewish Geography and marvel at how these brilliant women are interconnected. I hope the Sydney Taylor Book Award committee will consider Nice Jewish Girls for an honor. Given the barriers that these women faced, it’s remarkable that they soared to such great heights. Merberg highlights their lives, their achievements, and their Jewish souls with deserving admiration.
Are you interested in reviewing books for The Sydney Taylor Shmooze? Click here! 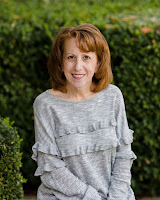