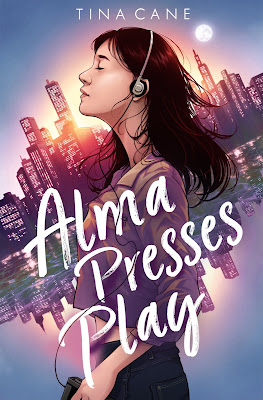 Make Me a World (imprint of Penguin Random House)

Category: Young Adult
Reviewer: A.R. Vishny
Buy at Bookshop.org
Alma Presses Play by Tina Crane is a historical novel in verse, set in New York City’s East Village in the 1980s. Alma Rosen, who is Jewish and Chinese, loves music, her neighborhood, and her parents, who are inching closer to divorce by the day. As their marriage comes apart and as Alma matures, she must decide where she belongs.
This is a gorgeous verse novel, that renders Alma’s world in rich, effortless detail. Alma’s struggles with getting older, managing her friendships as they reach various cross-roads, and navigating complicated family dynamics make for a quiet and yet immersive read. Readers who tend to find that parents are typically footnotes in YA will appreciate the way this book portrays Alma’s family. Her mother’s evasiveness and her father’s frustrated dreams emerge in the text in interesting, nuanced ways and create a unique sense of realism throughout the book.
Alma Presses Play occupies an interesting space between middle grade and YA. While this book was published and marketed as a YA, Alma is thirteen and still in middle school. The book does not shy away from difficult topics from divorce, prejudice in interracial families, drug use, homophobia, and poverty. The book’s deft and sensitive exploration of these topics make it a suitable book for both younger and older readers alike.
The book is a contender for the Sydney Taylor. It is a literary YA, the verse format used to great effect. The level of detail in portraying the East Village at a particular historical moment is impressive, and comes across authentically. Though New York is a frequent topic of exploration when it comes to Jewish children’s literature, the choice of time period as well as Alma’s biracial identity, offers welcome diversity to the landscape. Alma has a positive relationship with both aspects of her identity, and frequently mixes references to Chinese and Jewish food, history, and customs. Alma also frequently discusses her Jewish grandmother, who died when she was younger, and her fascination with The Diary of Anne Frank. It was also a welcome change to see a YA “near” historical where the Jewish characters were not upper middle class. Alma’s Jewish father is a cab driver who is still trying to find himself, and financial struggles inform a lot of the conflicts Alma experiences and witnesses in her life.
Are you interested in reviewing books for The Sydney Taylor Shmooze? Click here! 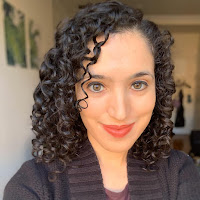 Reviewer A.R. Vishny is a writer, attorney, and occasional television extra based in NYC. Her work has appeared in Alma. Though books will always be her first love, she also has a thing for cake and period dramas, and can be found talking about all that and more at http://twitter.com/AR_Vishny.