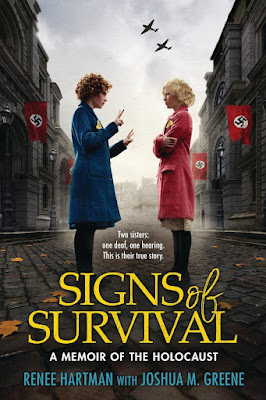 Signs of Survival: A Memoir of the Holocaust

Based on video testimonial recorded in 1979, Signs of Survival tells the stories of two sisters, Renee and Herta, and their experiences during the Holocaust. Renee, who is hearing, and Herta, who is deaf, recount their childhoods in Bratislava, the capital of what was once Czechoslovakia.

The story begins in 1939, with the Nazi invasion of Bratislava, and the family being pushed into a ghetto. Through careful maneuvering by their parents, Renee and Herta are sent to live in the foothills or the Tarta Mountains, masquerading as Christians by 1943. However, the sisters are soon deported to Bergen-Belson concentration camp. Readers learn about Renee and Herta’s lives in Bergen-Belsen, their liberation, and their eventual lives in the United States.

As this book is based on video testimonials of both Renee and Herta, the book occasionally reads as choppy, and may leave adult readers wanting for more description or a stronger narrative style. However, middle grade readers may find relief in the brevity of the narration and the lack of grotesque description. This book may be of particular interest to teachers; its publication through Scholastic means that it may be more accessible for teachers, and the treatment of the Holocaust avoids overly horrifying descriptions intended for older audiences, yet maintains its accuracy. Furthermore, the epilogue of this book gives more background information on both the narrative and the history preceding and following the Holocaust, more detail about Renee’s life as an adult, and also includes family photographs of Renee and Herta as children and young adults.

This book meets the qualifications for the Sydney Taylor Book Award in many regards: it is appropriate for its audience of middle grade readers, has positive and authentic representation of Judaism, and is rooted in authentic and accurate Jewish portrayals. However, the most intriguing criteria of the Sydney Taylor Book Award which this book meets is within its portrayals of diversity. Though Renee and Herta are European, and based on their pictures, are white or white-passing, both sisters discuss dis/ability during the Holocaust. As Herta is deaf, Renee acts as her sister’s ears by interpreting the world around them for Herta to understand. As it is well known, the Holocaust sought to destroy "social undesirables," and this included people who were deaf or hard of hearing – the representation of a deaf Jew during the Holocaust is a rare one indeed, and is a voice that is rarely represented in children’s literature. 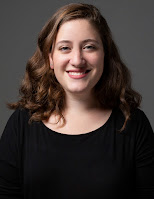