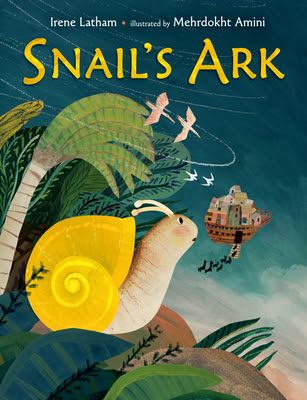 A beautifully lyrical take on Noah’s ark, though Noah is not heard from at all and the ark is only a minor player.

Little snail Esther knows that a big storm—the biggest in the history of the world--is coming. She trails off with all the other creatures towards the water, praying and persevering through her fear. But when she remembers her snail friend, Solomon, she retraces her steps to warn him of the impending danger and usher him along. Esther’s loyalty and bravery, along with a miraculous gust of wind at the right moment, land them on the “giant something” that is the ark.

The illustrations of the animals, who take center stage, are stunning with intensely saturated colors. The book has definite literary merit, and children and adults will want to return to this book again and again, both for its poetic language and the richness of its pictures. However, aside from the names of the snails and the ark as a backdrop, it probably does not have enough Jewish religious content (Esther’s prayers are secular) or cultural content to be a serious contender for the Sydney Taylor Book Award. 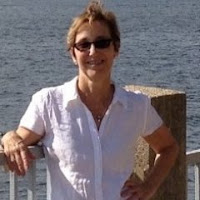 Reviewer Arlene Schenker has a degree in Child Development from Cornell University and a Juris Doctor from New York University Law School. She has worked as a New York City primary grade teacher, a lawyer, divorce mediator, and a community activist and volunteer. She now spends most of her time reading and writing picture books.