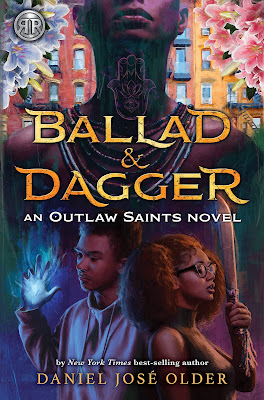 As readers of Jewish books, we are intimately familiar with the theme of diaspora. So jumping into Daniel José Older’s Ballad & Dagger where the focus is on the close-knit community of Little Madrigal is like settling into a well-worn couch, no matter the magical elements at play. Sixteen years ago, the Carribean island of San Madrigal sank, and the pirates, Cuban Santeros, and Sephardic Jews who lived there escaped to Brooklyn to keep their blended culture alive. Mateo Matisse, our protagonist, is now a regular teenager who loves music and lives with his Tía Lucia while his parents travel for work. Not one for the spotlight, he just wants to get the attention of Gerval, a popular local musician, at the annual celebration, the Grand Fete. However, when Mateo witnesses the rabbi’s daughter committing a murder that night, his life alters forever and a quest to to fight the evil that destroyed their homeland begins.

Older’s page-turning prose leads us through Mateo’s development from reluctant hero into a confident leader, and his quippy inner monologue endears the reader to his character. It turns out he was initiated as one of the three original spirits of San Madrigal, Galanika, which imbues Mateo with healing powers (the author’s personal experience as a New York City paramedic shines here). Chela, the brave and assertive daughter of Rabbi Hidalgo, is another initiate with powers from the spirit Okanla, only her powers are for destruction. The two pair up to save their community from dangerous creatures, including those who sabotaged their island in the first place. The main conflict is whether or not San Madrigal can be restored and the solution may or may not cost Chela her life, while their entire community is in turmoil, which Mateo (as a Healer) cannot abide by.

What is unique about Ballad & Dagger is that the three cultures that make up the collective culture of San Madrigal are all equally respected. In Sunday school, the children are taught Spanish, Hebrew, Ladino, and Lucumi (the Cubanized version of Yoruba that Santeros speak) and the customary greeting when addressing a group includes all three languages. There are many references to Jewish traditions like a mezuzah on the doorpost of Mateo’s home, the recitation of the Mourner’s Kaddish, and when the rabbi gifted a chai necklace to Mateo that occur authentically throughout the story. There’s even a description of a crowd parting like the red sea and a quote from Pirkei Avot, “Be as bold as a leopard and light as the eagle, and swift as the deer to do the will of your Father in Heaven” (5:20).

Older’s seamless integration of Hebrew (even if I didn’t agree with a couple of the transliteration choices) combined with the casual integration of Spanish displays a fundamental and realistic understanding of the way language would be used in this community, especially because the words are not directly translated one hundred percent of the time. Two Judaic core values that are inseparable throughout the book are tikkun olam (repair the world) and pikuach nefesh (preservation of life).

Teens who are on the hunt for a contemporary fantasy story with a hint of romance will whoop with joy when devouring this exhilarating escapade. And librarians looking to add to their collection will love the non-Ashkenazi Jewish representation and all-around diversity. The book ends on a suspenseful cliffhanger, as Ballad & Dagger is only the first novel in the Outlaw Saints duology; readers will be excited to have another book in this adventure to look forward to. 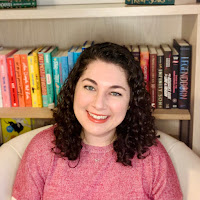 Reviewer Aleah Gornbein is children's book publicist living in New York City. She liked school so much she went back to get a Master’s in Publishing a year after graduating with a BA in Media Studies from Stern College for Women. As someone who has yet to read a story with all of her intersectional identities represented, her goal is to help put diverse books into the hands of kids and teens. You can find her shouting about books on Instagram (@jewishyabooks), TikTok, and Twitter (@bookworm613) or sitting in the back row at Books of Wonder events.
Aleah Gornbein Daniel Jose Older Review Rick Riordan Presents Young Adult