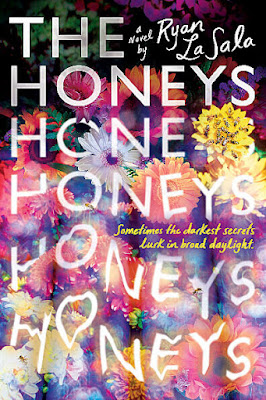 Right from the start, you know that the elite sleepaway camp in this story, Aspen Conservancy Summer Academy, is not like any camp you may be familiar with. It’s no Ramah or Tel Yehudah, that’s for sure.

Mars’s twin sister, Caroline, is deep in the heart of the culture of Aspen, especially her cabin and friends, the oldest girls in camp, called The Honeys. These are her people. This, of course, is relatable to anyone who has attended or sends their own kids to camp. But when Caroline runs away from camp and in an unfortunate series of events, dies suddenly at home, genderfluid Mars, who never completely felt comfortable at camp, makes the decision to return to Aspen and find out what really happened .

Aspen is filled with history and connections. Some we learn right away; others a bit later. Who can Mars trust? Who is friend? Who is foe? While trying to figure it all out, Mars digs deep into Aspen’s roots. “Aspen, a camp that’s been operating for over a century, exists beyond blemish. That’s strange to me.” So he keeps searching…

Camp. Missing persons. Family. Cover ups. Politics. Friendships. Mystery. And of course, bees and honey. This YA summer thriller is not for the weak at heart or for those who read with the lights off, but it is definitely one to put on your TBR list.

As much as we would like to think that a book set in a Catskills summer camp would meet the Sydney Taylor Book Award criteria, The Honeys does not. There are only two references to Judaism throughout the entire book. One is early on when Mars compares Caroline’s funeral service and traditions to those in Judaism and another is when a character brings up his Bar Mitzvah. I wouldn’t be surprised if this book is considered for other awards, however, the Sydney Taylor Book Award will not be one of them.
Are you interested in reviewing books for The Sydney Taylor Shmooze? Click here!

Reviewer Stacey “Leaping Librarian” Rattner is an elementary school librarian in upstate New York. In addition to leaping, she loves to run, travel, hike, drink coffee, hang with family and of course, read. Stacey is also the co-host of the middle grade YouTube quiz show, Author Fan Face-off with author Steve Sheinkin. 40 years ago, Stacey met her BFF at Camp Ramah in the Berkshires.