Review: When the Angels Left the Old Country 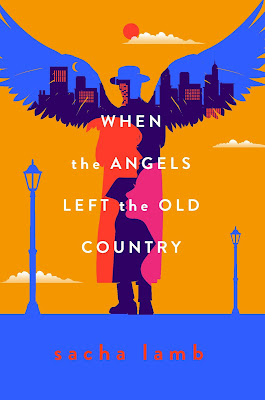 When the Angels Left the Old Country

Category: Young Adult
Reviewer: Beth L. Gallego
Buy at Bookshop.org
With its bookish, slightly absent-minded angel and clever, mischief-loving demon, the best of friends since time immemorial, this debut fantasy has immediate appeal for fans of Good Omens by Neil Gaiman and Terry Pratchett, but with a thoroughly Jewish perspective. Lamb’s immersive world is infused with Yiddish folklore and Jewish culture.

Little Ash, the wingless demon with limited magical ability, is more properly a sheyd, closer to a mischievous fairy. He serves as interpreter for the angel, who only understands Hebrew and Aramaic. Both beings appear to humans as young Jewish men, partners in Talmudic study, their supernatural features unnoticed by all but some children and the most perceptive of adults. After centuries in the tiny community of Shtetl, the pair set out for the “Golden Land” of America. Their mission is to find the baker’s daughter, who was one of a stream of young emigrants, but who has not sent word since meeting with an immigration agent in Warsaw.

Meanwhile, sixteen-year-old Rose Cohen is leaving the city of Belz. She had planned to go to America with her dearest friend, but Dinah Pearl is getting married instead. Broken-hearted without quite understanding why (yet), Rose is alone in Hamburg when she attracts the attention of Little Ash. The unlikely trio become fast friends on the ocean voyage and beyond. Along the way, they confront ghosts, dybbuks, and gentile demons, as well as humans with good and ill intentions on both continents. Early twentieth-century New York, the struggling labor movement, and the Jewish immigrant community are drawn with rich detail. Love, in its various forms, is celebrated as the characters create new relationships or finally recognize existing ones.

The narrative voice is that of a storyteller, blending a gritty realistic setting with the atmosphere of a fable, using occasional asides that evoke a feeling of listening to a tale rather than reading it on the page. Yiddish and Hebrew words appear throughout the text; in addition to context clues, an included glossary provides English translations. The characters are delightfully complex. No one is purely good or evil, and everyone has conflicting emotions and motivations.

The story of immigrants from the Pale discovering that the streets of America are not exactly paved with gold is a familiar tale, which Lamb gives a fresh twist by introducing elements of Ashkenazi folklore that are not often presented in young adult literature. This is Jewish fantasy at its finest, and should be a strong contender for the Sydney Taylor Book Award. 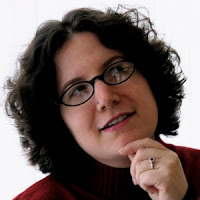 Reviewer Beth L. Gallego grew up outside Chicago, earned her Master’s degree in Library and Information Science at the University of Illinois, and promptly moved to sunny Southern California, where she has been a Librarian since 2002.
Beth L. Gallego Fantasy/SciFi Levine Querido LGBTQIAA+ Review Sacha Lamb Young Adult