Review: The Prisoner and The Writer 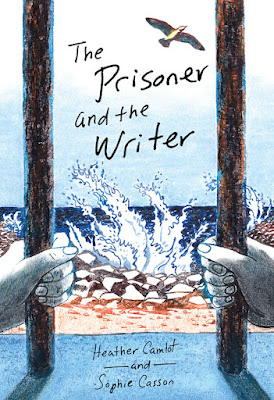 The Prisoner and the Writer

The Prisoner and the Writer recounts the famous Dreyfus Affair of late 19th century France, in which military officer Alfred Dreyfus was falsely accused of sharing confidential information with the Germans. After Dreyfus was sentenced to life in prison on an island, writer Emile Zola published a now-famous opinion piece in a French newspaper titled “J’Accuse…!” stating that Dreyfus' imprisonment was a blatant act of antisemitism. Although the two men never met, these events inextricably bind them together. The Prisoner and the Writer focuses more on the emotional journeys of Dreyfus and Zola, jumping right into the action of the story and weaving back and forth between their points of view to highlight the contrasts between their lives and their perspectives. Camlot's spare poetic verse does a remarkable job of getting to the emotional core of the story, while Casson's soft pastel monoprint illustrations juxtapose gently with the harshness of the subject matter. An author's note at the end of the book fills in the historical details, although it may have been effective to include more of these within the story itself.

Although Emile Zola penned his famous op-ed almost 130 years ago, the subject matter of antisemitism is still relevant today. Without the support of Zola, a non-Jewish ally who understood the injustice for what it was, Alfred Dreyfus may have spent the rest of his life in prison. The Prisoner and the Writer powerfully demonstrates the dangers of antisemitism and recounts an event that many students will not have learned about before. Middle grade readers will absolutely learn something new from reading this book, and recognize the parallels between 19th century France and today. 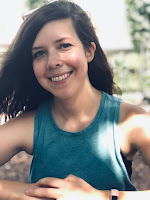