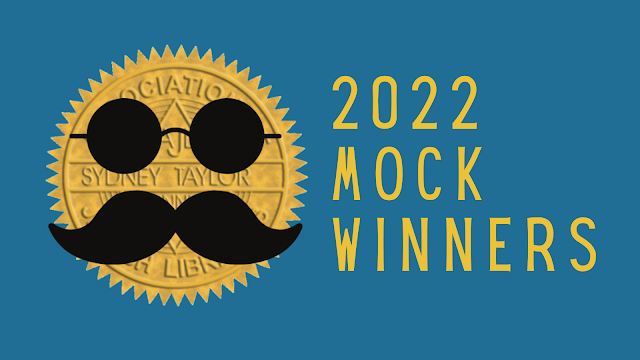 We are pleased to announce our second year of Mock Sydney Taylor Book Awards! The top Jewish juvenile books published in 2021 were chosen by popular vote, and over 1000 votes were cast. Thank you to the many people who helped us select these titles! Click on the links to read the reviews.

Mock Winner: Osnat and Her Dove: The True Story of the World's First Female Rabbi by Sigal Samuel

Mock Honor: Sorry for Your Loss by Joanne Levy

Mock Notable The Last Words We Said by Leah Scheier

The Real Sydney Taylor Book Awards will be announced on Monday, January 24, 2022 at the American Library Association's Youth Media Awards event. Tune in live at 9am ET at https://ala.unikron.com/ or watch later on ALA's YouTube channel. Won't it be interesting to see how close the Mock Awards come to guessing what books win the Real Award?