The Real Sydney Taylor Book Awards were announced on January 24, 2022! Here is the press release, and below are the real winners, honors, and notable books for 2022! We've linked to the Shmooze reviews, but you'll notice that there are a few books we didn't review. We try to cover all the Jewish books published each year but sometimes we miss a few.

You're invited to AJL's After Party with guest of honor Jo Taylor Marshall, daughter of Sydney Taylor and sponsor of the book awards, Sunday January 30 at 12:30pm ET! Register HERE.

Listen to a podcast interview with awards chair Martha Seif Simpson on The Book of Life about this year's winners!

The Passover Guest by Susan Kusel, illustrated by Sean Rubin. Published by Neal Porter Books, an imprint of Holiday House. In Washington, D.C. during the Great Depression, Muriel invites a ragged juggler to celebrate Passover with her family. When he arrives, they are stunned to discover a magnificent feast to share with their neighbors. Based on I. L. Peretz’s “The Magician” with illustrations influenced by Marc Chagall, Kusel’s debut picture book will resonate with readers young and old.

Dear Mr. Dickens by Nancy Churnin, illustrated by Bethany Stancliffe. Published by Albert Whitman & Company. Eliza Davis writes to Charles Dickens expressing her concern about the villainous Fagin. She eventually convinces Dickens that his portrayal of Jewish characters emboldens “a vile prejudice,” resulting in revisions to Oliver Twist and the famous writer’s subsequent support of England’s Jewish community. Charming illustrations accompany this graceful testament to speaking out against injustice.

The Christmas Mitzvah by Jeff Gottesfeld, illustrated by Michelle Laurentia Agatha. Published by Creston Books LLC. One Christmas Eve, Al Rosen takes over a Christian friend’s job. For the next 30-plus years, Al repeats this holiday mitzvah, starting a tradition of helping people of other faiths. Based on a true story, this feel-good narrative, with bright, humorous illustrations, shows how one person’s actions can inspire others to perform good deeds.
Nicky & Vera: A Quiet Hero of the Holocaust and the Children He Rescued written and illustrated by Peter Sís.  Published by Norton Young Readers, an imprint of W.W. Norton & Company. Realizing that Nazis would soon invade Czechoslovakia, British banker Nicky Winton sponsors eight trains in 1939 that rescue 669 children from Prague, including 10-year-old Vera Diamantova. With creatively placed texts and intricate art that includes unique perspectives, fanciful figures, and personified countries, Sís reminds readers that even humble men can accomplish acts of heroism.

A Queen to the Rescue: The Story of Henrietta Szold, Founder of Hadassah by Nancy Churnin, illustrated by Yevgenia Nayberg. Published Creston Books. Queen Esther’s courage to act and save her people inspired Henrietta Szold to aid American immigrants and ensure healthcare to millions by founding Hadassah. Read about Szold’s incredible drive to help others throughout her life in this outstanding picture book biography.

The People’s Painter: How Ben Shahn Fought for Justice with Art by Cynthia Levinson, illustrated by Evan Turk. Published by Abrams Books for Young Readers, an imprint of ABRAMS. Illustrated in a style paying homage to Ben Shahn, this biography of the Lithuanian-born, American artist tells the story of a determined man who experienced and observed oppression and pain, and used his art as a way to help people in their search for justice and peace.
Red and Green and Blue and White by Lee Wind, illustrated by Paul O. Zelinsky. Publshed by Levine Querido. In a neighborhood of houses decorated Red and Green, Isaac’s shines Blue and White. After someone throws a stone through their window, the family continues to light their menorah and is gratified to see the community take a stand against bigotry. Zelinsky’s digital art features cheerful, light-filled interiors set against dark backgrounds. Based on an actual incident.

How to Find What You’re Not Looking For by Veera Hiranandani. Published by Kokila, an imprint of Penguin Random House LLC. It's 1967, and Ariel Goldberg is trying to cope with her older sister’s elopement with a man from India and estrangement from the family, the financial troubles of their family-owned bakery, and her own struggles at school. Narrated in the second person, Hiranandani perfectly captures this turbulent period in history through the lens of a sympathetic and compelling preteen Jewish girl.

Linked by Gordon Korman. Published by Scholastic Press, an imprint of Scholastic. When a swastika appears in a small-town middle school, the students counter antisemitism by creating a paper chain in memory of the six million Jews killed in the Holocaust. A social media instigator stirs up trouble, one boy learns about his Jewish ancestry, and archaeologists digging nearby make a startling discovery. Told from multiple perspectives, this book is entertaining and insightful.
The Genius Under the Table: Growing Up Behind the Iron Curtain by Eugene Yelchin. Published by Candlewick Press. Yelchin recounts his 1960s Leningrad childhood, when his entire family lived in a small room next to a KGB informer. Eugene finds comfort in drawing on the underside of Grandma’s table in this humorous, yet understated narrative that combines Soviet and Cold War history, droll black-and-white sketches, and a vivid depiction of life for Soviet Jews.

The Magical Imperfect by Chris Baron. Published by Feiwel and Friends, an imprint of Macmillan Publishing Company. Ethan - traumatized after his mother leaves - is unable to speak, his new friend Malia suffers from debilitating eczema, and his father and grandfather argue about observing the High Holy Days during the World Series. Set in a multicultural community in 1989, this story in verse weaves elements of history and magical realism in a memorable tale of families, friendship, and faith.
Sorry for Your Loss by Joanne Levy. Published by Orca Book Publishers. Evie, whose parents own and run a Jewish funeral home, is thrust into a relationship with Oren, who is struggling to cope after surviving the car crash that killed his parents. Issues of how to support mourners and handle death with dignity are sensitively handled in this beautiful story of loss, guilt, and the power of friendship.
Benny Feldman’s All-Star Klezmer Band by Allison & Wayne Marks. Published by Green Bean Books. In an effort to finally recover from a bad stage experience, sixth grader Benny signs up his klezmer band for the middle school talent show. The problem is, he doesn’t actually have a band - yet. The search for musicians brings about new friendships and a lot of appreciation of this very Jewish style of music.

The City Beautiful by Aden Polydoros. Published by Inkyard Press. Romanian immigrant Alter Rosen embraces his Jewish identity while trying to adapt to American life. When a friend is murdered, Alter is inhabited by a dybbuk and must find the killer before it consumes him. Masterfully combining fantasy, mystery, LGBTQ romance, and historical fiction, this gripping story is set against the sparkling and lurid façade of the 1893 Chicago World’s Fair.

Whistle: A New Gotham City Hero by E. Lockhart, illustrated by Manuel Preitano.Published by DC Comics. In this graphic novel, Jewish teen Willow Zimmerman accepts a job from an old family friend to pay for her mother’s cancer treatments. The back-alley position leads to a run-in with villain Killer Croc, after which Willow acquires dog-like superpowers that she uses to battle an enemy who is trying to destroy her neighborhood.

The Summer of Lost Letters by Hannah Reynolds. Published by Razorbill, an imprint of Penguin Random House LLC. When Abby inherits a box of love letters written to her grandmother from a mysterious stranger, she decides to spend the summer on Nantucket looking for clues. There, she uncovers the truth about O’ma’s Holocaust history and her secret lost love, while finding unexpected romance herself.
The Last Words We Said by Leah Scheier. Published by Simon & Schuster Books for Young Readers, an imprint of Simon & Schuster Children’s Publishing Division. Nine months after their friend Danny disappears, Modern Orthodox teens Ellie, Deenie, and Rae are coping in wildly different ways. Chapters alternate between past and present, revealing secrets and exploring the depths to which guilt can drive a person’s actions.

The Light of Days: The Untold Story of Women Resistance Fighters in Hitler’s Ghettos (Young Readers’ Edition) by Judy Batalion. Published by Harper, an imprint of HarperCollins Publishers. Read about Renia Kukielka and other brave Jewish women who fought Nazi oppression and genocide during World War II. Follow these young people on their inspiring journeys as they smuggle weapons, deliver messages, and trick the Gestapo in this true account of heroism against seemingly unbeatable odds.
Why We Fly by Kimberly Jones and Gilly Segal. Published by Sourcebooks Fire, an imprint of Sourcebooks. Overachieving and privileged high school seniors and cheerleaders, Eleanor (Jewish) and Chanel (African American), lead the radical choice to “take a knee” at the season’s first football game. This timely page-turner highlights the complexities of being woke and the role of Jews in the anti-racist movement.

The Seventh Handmaiden by Judith Pransky. Published by Green Bean Books. Darya can’t remember her life before enslavement, but she finds kindness and dignity when assigned to Lady Esther, in the court of the Persian king. As their stories entwine, their fates, and those of the Jewish people, are at stake. A fascinating and satisfying schpiel on an ancient tale. Winner of the 2018 Sydney Taylor Manuscript Award.
Boy From Buchenwald by Robbie Waisman and Susan McClelland. Published by Bloomsbury Children’s Books, part of Bloomsbury Publishing Plc. This autobiographical post-Holocaust story features Romek Wajsman, a Polish teen and comrade of Elie Wiesel, as he spends time in a home for recovery in France. The story stands out among survivor narratives because of its focus on personal relationships with his peers, mentors, and teachers as Romek learns how put his life back together. 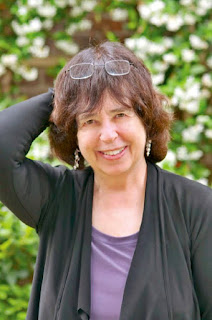 SYDNEY TAYLOR BODY-OF-WORK AWARD
Jane Yolen has published over 400 books for readers of all ages in a wide variety of genres. Dubbed “The Hans Christian Anderson of Children’s Literature” by Newsweek, her books have received much acclaim, including Sydney Taylor Honors for Naming Liberty in 2009 and Miriam at the River in 2021, and two Sydney Taylor Notables. Her middle grade novel, The Devil’s Arithmetic, won both the National Jewish Book Award and the 1988 Sydney Taylor Book Award.  See janeyolen.com.
SYDNEY TAYLOR MANUSCRIPT AWARD

The Sydney Taylor Manuscript Award was established to encourage the publication of outstanding new books in the genre of Jewish children’s literature.

The 2022 winner for the Sydney Taylor Manuscript Award​ is Noah Weisz for Echo of Light, a middle grade novel that focuses on Gabby Moskowitz, a Latina girl adopted by a Jewish family as an infant, as she explores faith and identity in the summer after eighth grade. The book deals with issues of family relationships, death, friendship, peer pressure, and community.